On Monday, the foundation stone for the new Terminal 3 was laid at Frankfurt Airport on parts of the former US military base. After completion in 2023, up to 21 million travellers are expected to depart or arrive there every year. The Fulda-based company R+S Group AG is responsible for the electrical engineering of Pier G, from the fire alarm system to the information technology.

In the first construction phase the main building with arrival and departure level, marketplace, lounges and baggage handling system, plus piers H and J, will be built by 2023. In order to relieve the load on Terminals 1 and 2 earlier, the second construction phase, consisting of Pier G, will be completed ahead of schedule. After its planned completion in 2021, it will already offer capacities for four to five million passengers. R+S Group AG will implement the entire electrical engineering at Pier G in a joint venture with Lupp, Lindner and Caverion. These include the following areas: power supply including medium-voltage system, cable routes, fire alarm technology, camera technology and implementation planning service.

“The big challenge in this project is the very short construction time: in just 21 months, a complete building including shell, façade, ventilation technology, air conditioning and heating is going to be erected. Within R+S Group AG, project roles were also filled across branch offices. Thanks to this measure and our wide range of services we are well prepared for this challenge”, explains Christian Schmidt of the R+S solutions GmbH management team, who was present at the laying of the foundation stone at Frankfurt Airport on Monday. The order volume for R+S Group AG at Pier G totals €26.2 million.

CEO Ralph Burkhardt sees the order as affirmation of the Group’s capabilities: “We are very pleased that we were able to successfully win here against international competition, because our order is the delivery of the entire electrical engineering in this prestigious and safety-relevant project, from the fire alarm system to the information technology”. The CEO expects up to 150 employees from the branches in Fulda, Hanau and Mannheim to work simultaneously at Frankfurt Airport during peak times. “This is a new record for us, too.” 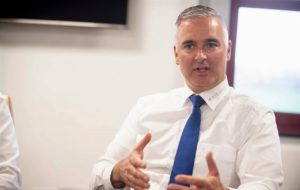 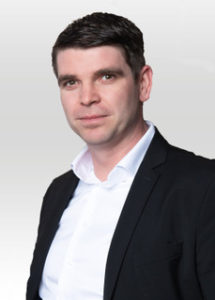